This week there were more than 400 reports of fire in the sky. They were mostly concentrated in and around Alberta, Canada though the meteor was also visible in other parts of that country and in the U.S. state of Montana. Thanks in large part to surveillance and doorbell cameras, the American Meteor Society received more than 100 videos of this. The thing was so bright it was classified as a fireball. According to NASA that means the rock could have been bigger than three feet in diameter. It's a shocking celestial sight that looks really cool as long as it doesn't hurt anything. And as far as we know it didn't.

Scientists believe it was just a meteor not a meteorite. What's the difference? There are a lot of small rocks that are zinging through space. They're called meteoroids. If one of these rocks hit's the earth's atmosphere, it becomes a meteor. That's also known as a shooting star. The streaks you see across the sky are the result of meteors burning up in our atmosphere. Researchers say more than 90 percent of them burn up completely. If they don't do that though, if part of the rock survives its entry and smacks into the earth's surface, it's then classified as a meteorite. 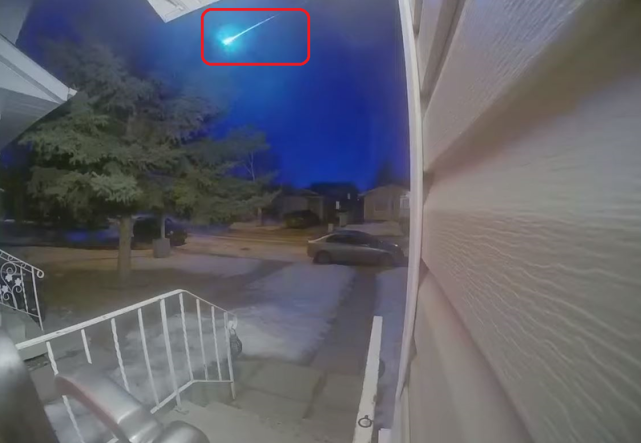 Thousands of tiny meteorites strike the earth every year but as far as we know the one seen this week in Canada wasn't one of them. It's believed to have been a meteor. There haven't been any fragments reported from the earth's surface. Initially scientists didn't know how big it was, how fast it was moving and what it was made of but they're able to piece together some information about it based on the multitude of different recordings taken from different cameras in different locations.